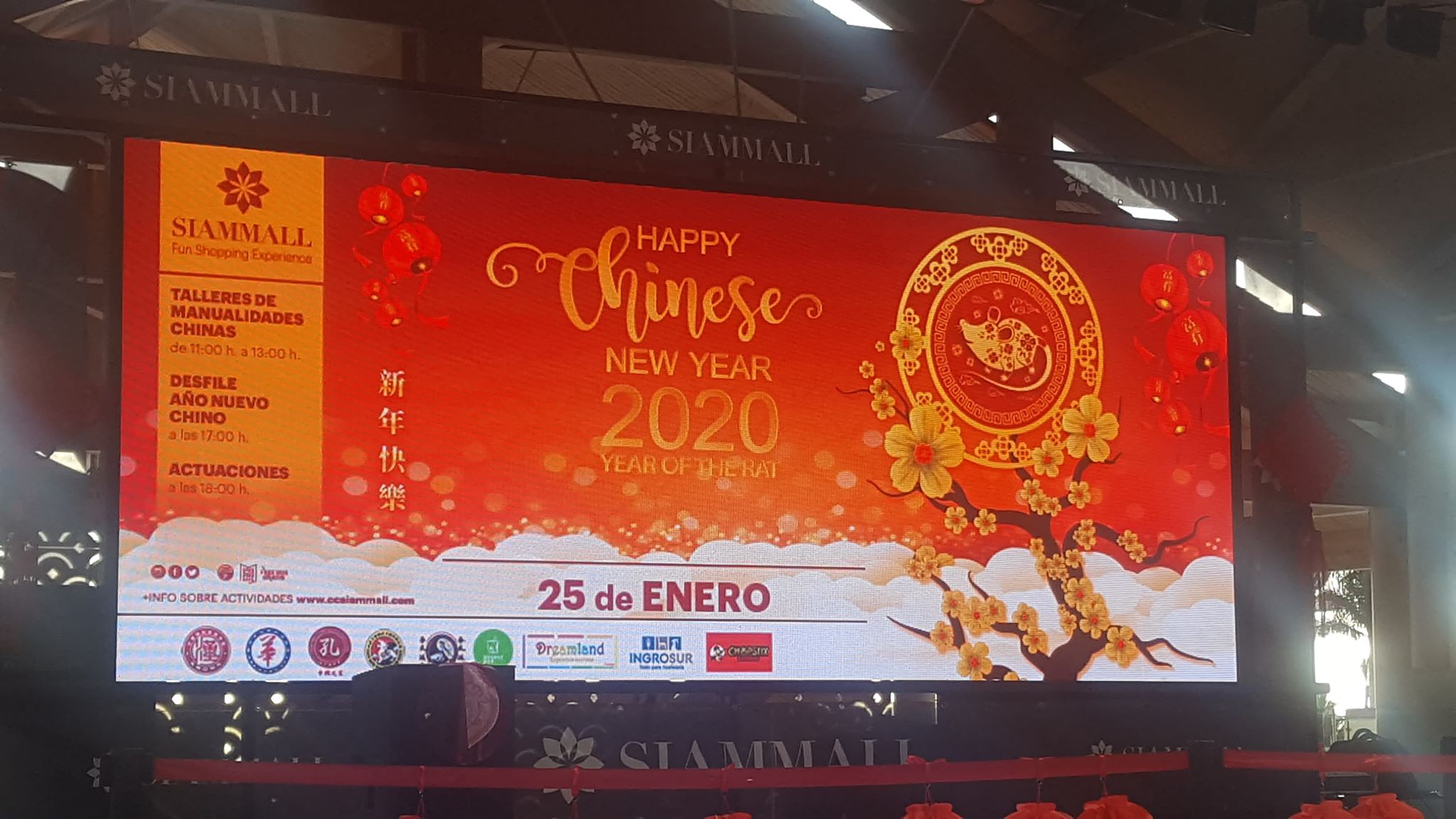 The Chinese New Year begins on January 25. The Chinese New Year is an important holiday in Asian countries; it is a spring festival and is seen as a new beginning. They buy new clothes, go to the hairdresser, debts are paid off and the house is cleaned. There are large parades on the street, with dragon and lion dances.

Through the Facebook Group Tenerife for Dutch speakers I saw that an event would take place in Siam Mall and given my interest in horoscopes and the like, this seemed interesting to me.

Siam Mall buses ride for free from a variety of stopping points, but these are not accessible. As a roller, you are therefore obliged to either take a taxi or a Titsa bus. But not for free. Unfortunately. When I mentioned this at the information booth at Siam Mall, I was told that this was a point that was repeatedly mentioned, but for the time being nothing was done with it to their great regret.

So I took the bus to hotel Columbus and barely 5 minutes later I got off at the “Siam” stop at € 1.15 with my Titsa bus card.

As so often I was there too early, an annoying habit of mine 🙂, but most of all I wanted to avoid the crowds. And that was a mistake because it was still very calm at 10.30 am and there turned out to be only one stand that started at 11 am. I expected several stands and workshops as indicated on the poster.

The only workshop was one for kids. They could practice here to make Chinese letters with special pens and with a lot of patience … 🙂.

The entire festival event only started around 4.30 pm where the children were started dancing with “dragons” and lion heads. Performances by children in specific costumes were very cute to see, and their martial arts were also shown with great enthusiasm.

Unfortunately it all went very chaotic, there had clearly been no general rehearsal because nobody knew before and after a show on which or on which 🙂. But hey, I had a nice day because I could also do some sales bargains! 😉

2020 is the Chinese year of the rat. What this is exactly, I leave to you to look up 😉. I myself am a dragon with the “wood” element. You can read more about this here. Whether it really is all right, I leave arguable … 🙂