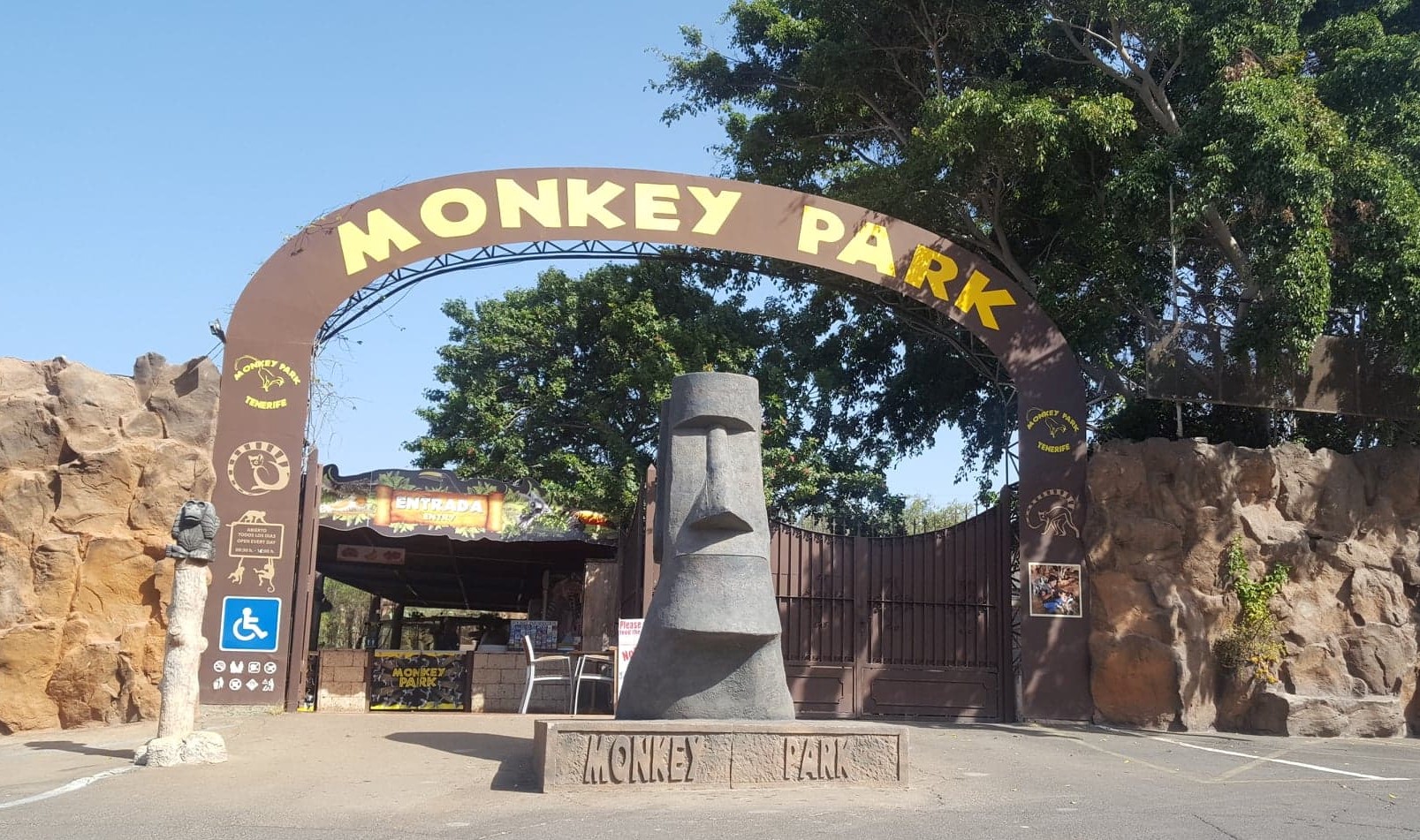 Normally I am not a zoo park enthusiast. In my opinion, animals should be free and not locked up in cages. But for some parks I want to make an exception, such as Monkey Park. Especially because it would be small-scale and not an exploited business.

At bus stop ‘Columbus’ I got on bus line 467 and I got off at bus stop ‘San Francisco’ ten minutes later. Blessed are the accessible buses here! 🙂

From there it is still a 200m slightly sloping walk on a wide footpath and then turn right onto a road without a footpath. So as a ‘roller’ a long way over a fairly busy lane, which you also have to cross without a pedestrian crossing. Then it’s a short walk to the park itself.
With children I would not recommend this. I would consider a taxi instead.

I paid 10 € entrance fee. There is no discount for people with a disability and for this price I didn’t find it a problem either! I was offered to buy a box of fruit and vegetables at 3 €. After some doubt, I payd. Here I better followed my feelings because at that hour (around 12.30 pm) most of the animals were already ‘full of food’ 🙂 . For children it remains a very nice item!

The tour starts on the left, over a wooden bridge that I could easily cross over with my scootmobile. Below would be crocodiles in the water but I didn’t see them. I think it was too hot for them 😉 .

Then you pass someone, who with large parrots on the shoulders, may want to take a picture of you with them. Beautiful birds but a photo with them wasn’t necessary 🙂 .

Then you can go two ways; Towards the cages with two doors each (so that there is a lock) that are fairly easy to open to the guinea pigs, or just follow the walking path to the monkeys that are behind glass.

First I went to the cages and once inside, I had to pay attention not to hit a guinea pig! So many! And so tame! And so cute! I ‘melted’ several times 😀 . In the distance there was an iguana, lazy in the full sun. A caretaker, who prodded him for a moment, couldn’t even make him move 🙂 .

There are also some ring-tailed lemurs in these cages. For those who are scared of monkeys … They are really too tame to do anything wrong and come very quietly to get the ‘sweets’ out of your hand 🙂 .

From the cages I drove to the monkeys that were behind glass. Personally, I found some of their housing a bit poor, and I thought they could have a little more “entertainment.”
You mainly see smaller monkeys that are so cute again. A few times an ‘ohhh’ escaped … 🙂
Or in another cage where turtles lay, of which I first thought they were plastic versions but then moved … 😀

At the back of the park there is an accessible and spacious adapted toilet. At the entrance I got a code. With this code I could take the key out of the box from the door and lock it afterwards. Very clean and therefore very nice!

I went around the park twice and then left because it was too hot for me. You walk in many places in full sun and you can buy drinks from a vending machine at the entrance, but for me it was enough after about an hour and a half 🙂 .

Monkey Park is certainly very nice for small children. Because it is not large, you are pretty quick around and feeding the guinea pigs and lemurs is a pleasure to do and see 🙂 . Also an ideal suggestion for rollers!

My stay at ‘Apartamento el Dorado with ocean view’

Help! My scootmobile is acting weird! 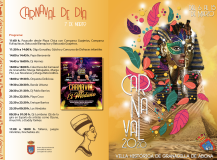 Another try. Carnival in El Medano! 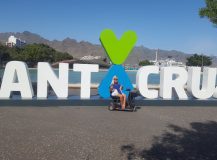 Up to Santa Cruz carnival! Hmm 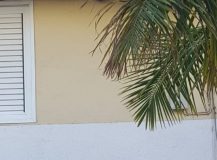 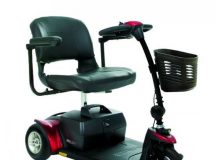 Help! My scootmobile is acting weird!

Another blog online! Carnival in El Medano! With s

New blogpost online! About my scootmobile-problem